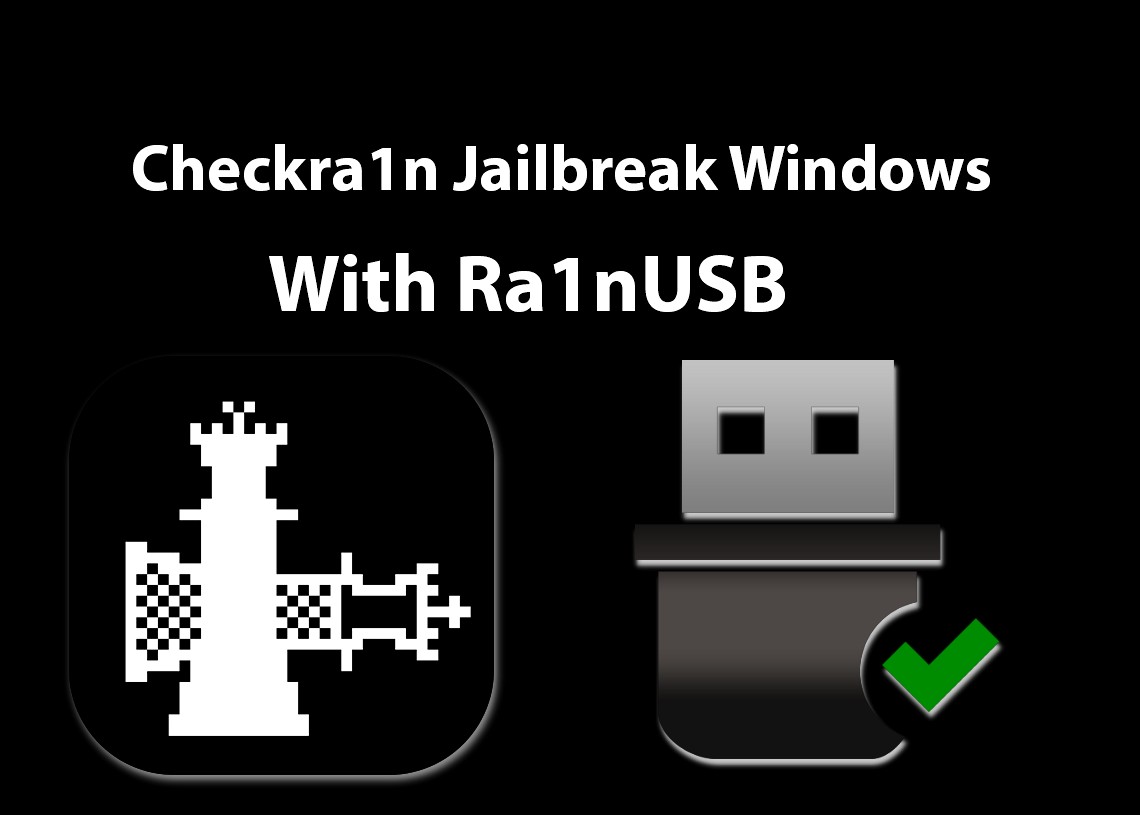 It has been almost two months since the first version of checkra1n was released allowing iPhone 5s to iPhone X owners to jailbreak their device running iOS 13. However, the tool is only available for macOS meaning users with Windows PC have not been able to jailbreak their PC.


While the team behind checkra1n is working on an official Windows tool, there has not been any update from them as to when it would be released to the public. Thankfully, an alternate tool dubbed Ra1nUSB has been released which will allow iPhone 5s – iPhone X owners to jailbreak their device running iOS 13 – iOS 13.3 using a Windows or Linux PC.


To be clear, Ra1nusb is not a tool that you can install on Windows. Instead, you need to create a bootable USB containing ra1nusb which you then need to boot into on your Windows or Linux PC. It will then boot a pre-packaged version of macOS from where you can run the checkra1n tool and proceed to jailbreak your iPhone.

This method is way more complicated than simply using checkra1n in macOS or simply waiting for the official checkra1n tool for Windows. However, if you are desperate to jailbreak your iPhone running iOS 13 – iOS 13.3 on a Windows PC, this is perhaps your only option.

Using Ra1nUSB: Things to Know
There are two different variants of Ra1nUSB, one for Intel PCs and another for AMD PCs.
For the entire process, you will need access to a USB drive with at least 8GB of free space.
The method requires you to change some settings in the BIOS of your computer.
There is a high probability that Ra1nUSB will simply not boot on your PC. There’s not much you can do to bypass this problem.
If everything works as intended, you can jailbreak iPhone 5s to iPhone X running iOS 12.3 – iOS 13.3. Selected iPad models are also compatible with the tool.
Mac users can check our article on how to use Checkra1n to jailbreak iOS 13 on iPhone and iPad.
If you are not comfortable with the steps mentioned above, I will strongly recommend you to avoid using Ra1nUSB. Instead, try to get hold of a Mac from your friend and simply run the checkra1n tool on it to jailbreak your iPhone.


Since Ra1nUSB is just a pre-packaged version of Checkra1n, it is compatible with the same set of devices as the latter. Below is a list of all compatible devices:

The tool will work on all the devices mentioned above as long as they are running iOS 13 – iOS 13.3. Ra1nUSB does not support newer iPhones like the iPhone 11 series or the iPhone XS.

How to Use Ra1nUSB to Jailbreak Your iPhone Running iOS 13.3
Step 1: Download Ra1nUSB for your Intel or AMD PC. Also, install etcher and proceed to create a bootable USB drive using the tool. Select the Ra1nUSB image file when prompted during the setup process.

Step 2: Shut down your PC and boot into its BIOS by pressing the F10/F12 or DEL button during the startup process. In the BIOS, go ahead and disable the following features:

VT-D
EL SerialPort
SecureBoot
Stack Network
Fastboot
Wake on LAN
While you are at it, enable the Virtualization option in the BIOS. Make sure to save the changes before exiting the BIOS.

Step 3: Plug in the bootable Ra1nUSB pen drive and then switch on your PC again. Make sure to boot off the pen drive instead of Windows. From Clover bootloader, select the Boot macOS Install from Ra1nUSB option.